2021, a record year and a clear sign of recovery

At the end of a year marked by the recovery that began in the second half of 2020 and continued in 2021, the LOXAM Group announces record results and strengthens its position as leader in equipment rental, No. 1 in Europe and No. 4 worldwide.

Post 2020’s pandemic, which disrupted the operations of most companies, particularly in the construction sector, 2021 appeared to be the year of reconstruction, demonstrating the LOXAM Group’s great capacity to rebound. The recovery of activity in 2021 enabled the Group to capitalize on the measures taken during the crisis.  Indeed, LOXAM has been able to expand its portfolio of expertise to meet the new needs of its customers while investing heavily in the renewal of its equipment fleet with a focus on a low-carbon approach.

LOXAM thus closes the year 2021 having achieved all the objectives it had set itself. With a 10% increase in revenue to €2.2 billion, the Group is laying a solid foundation for future success.

“LOXAM has achieved its best year ever in 2021 and passed the symbolic €2 billion in revenue mark. This demonstrates the pertinence of our strategy, which has enabled us to make the best recovery possible. 2021 was also a crucial year which saw us strengthen our leadership in CSR to make it a key axis of our corporate strategy and of our business development,” said Gérard Déprez, Chairman of the LOXAM Group.

“2020 was a complex year during which the Group, using its business model and the strong values that guide it, was forced to adapt. In 2021, we were able to accelerate our development thanks to the daily involvement of all of our employees and our close relationship with our customers. We have also deployed the second phase of our people-focused digital transformation, which aims to encourage collective intelligence and support projects designed to further improve our performance,” adds Stéphane Hénon, CEO of the LOXAM Group.

Highlights of the year 2021

Revenue up by 10%, passing the €2 billion threshold

At Group level, Revenue for 2021 was €2.2 billion, up 10% compared to 2020. In France, revenue is up 15% compared to last year and is back to the 2019 level, reaching €920 million, 42% of Group’s revenues. In the Nordic countries, which were less affected by the pandemic in 2020, LOXAM’s revenue increased slightly, boosted by two acquisitions in Sweden and Denmark. In the rest of the world, which includes some twenty countries, LOXAM’s turnover rose by 12%, driven mostly by favourable dynamics in Southern and Eastern Europe.

The Group’s EBITDA rose by 7% to €777 million, representing a margin of 36%. In 2021, the Group has doubled its investments, particularly in low-carbon equipment, to leverage the anticipated recovery in economic activity. For 2022, given the expansionary economic environment, LOXAM has once again increased its investment volume to capture the organic growth of its underlying markets.

With regard to its balance sheet, LOXAM benefits from strong liquidity and a good maturity of its financial debt. The Company’s rating by Standard & Poor’s was upgraded in May 2021 to B+ with a positive outlook. In addition, taking advantage of favourable market conditions, the Group successfully achieved a refinancing operation in February 2022 to extend the maturity of its debt.

As a result, the Group has no major repayment due date before 2025.

“The year 2021 was marked by our CSR policy’s acceleration. The commitment of our employees and stakeholders is guided by common values that make the LOXAM Group a responsible player in the industry. Our ability to work together and share our experiences has enabled us to identify common ambitions that we have summarised in our CSR policy ‘Commit today for tomorrow’. By 2025 our ambition is to enable LOXAM to strengthen its positive impact around 3 fundamental pillars – Human, the environment, and society – and at 3 different levels – for and with our employees, our partners and society as a whole,” emphasised Alice Hénault, Director of Prospective and Development of the LOXAM Group.

Our teams, the key to the success of the Group’s CSR strategy

“This year has once again demonstrated our commitment to promoting sustained economic growth, but above all, shared and sustainable growth. We remain convinced that growth must be inclusive. We have taken numerous initiatives to support and encourage diversity, promote the emergence of talent, and improve the quality of life at work. LOXAM is committed to its teams, at the heart of all its projects”, said Nicolas JONVILLE, Director of Human Resources of the LOXAM Group.

After an unprecedented pandemic which disrupted working habits, LOXAM’s priority was to focus on the quality of life at work, with the aim of rekindling the commitment of all its employees to individual fulfilment and the Group’s overall performance.

By 2021’s end, a survey was launched among more than 11,000 employees to allow everyone to give their opinion on the company, the management, and their professional situation. This consultation was also an opportunity to validate directly with the people concerned the actions taken by the Group towards them throughout the past year. The obtained results highlight an improvement in relations with management on subjects such as the availability of management, ethics, and honesty in business practices.

Diversity, inclusion, parity, and integration remain fundamental values, enabling the Group to be both efficient and innovative, responsible, and open to the world. In 2021, LOXAM has decided to improve its handicap policy through a series of measures. In addition to the “Quality of working life (QWL)” agreement, new partnerships have enabled the Group to expand its recruitment actions.

LOXAM is also pursuing its initiatives to attract more women to the Group. In Norway, Ramirent has signed a partnership with Diversitas, the leading Norwegian network for diversity and parity in the construction industry. In France, the symbolic threshold of 1,000 female employees was surpassed for the first time in the Group’s history.

Safety, a priority always and everywhere

“At LOXAM, safety is in everybody’s interest. The Group continues to pursue its efforts to promote a safety culture among all its employees and partners. This is our priority”, said Alice HENAULT, Director of Prospective & Development of the LOXAM Group.

LOXAM has put in place commitments to prevent risks, which include:

These constant efforts were rewarded with positive results in 2021, with a particularly low accident rate (Group TF of 14). In France, the frequency rate (TF 21) is 33% lower than the industry average. In addition, the Group’s UK subsidiary received the Royal Society’s top award for its commitment to safety for the twelfth consecutive year.

“In 2021, the Group has publicly announced its greenhouse gas reduction trajectory, formalising a process that was already well underway. It is important for LOXAM that the targets set, both for our direct and indirect emissions, are fully consistent with the framework of the Paris Climate Agreement, and that they are based on concrete actions. To this end, the Group has defined a trajectory for all of its emissions categories, which is being applied in all of our subsidiaries“, says Cédric CONRAD, CSR Director of the LOXAM Group.

As a committed player, LOXAM is pursuing its initiatives in favour of sustainable development and the energy transition, aware of the role it has to play as a major participant in the sector.

To this end, LOXAM has committed to reducing its direct emissions by 50% and its indirect emissions by 30% between 2019 and 2030, in line with the most ambitious objective of the Paris Climate Agreement, which aims to limit global warming to below 1.5°C. In 2021, the Group took the decision to support the Science Based Targets initiative, a first in the equipment rental sector, to ensure credibility and consistency of approach.

To meet its objectives and act in favour of the environment, LOXAM will be deploying a series of actions throughout its value chain. The improvement of the energy performance of its branches and the use of renewable energies offer the first examples of this. Since January 1st 2022, the Group’s 500 French branches have been entirely supplied with electricity and gas from renewable sources. In addition, the Group is continuing to renew its fleet of vehicles, in particular through the introduction of electric and rechargeable hybrid engines for its commercial and utility maintenance vehicles, adapting the electrical infrastructure in its branches all the while. Finally, in 2021 the Group became the first rental company to offer hydrogen as a temporary zero-emission electrical source though the new EODev-GEH2® electro-hydrogen unit, which provides 100 kVA (kilovolt-ampere) of power. 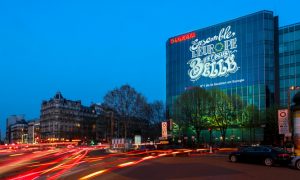 Loxam promote the values of Europe 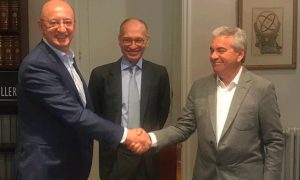 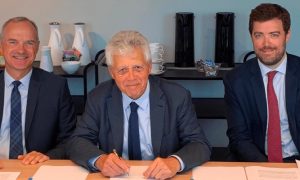