The funds will enable Europe’s market leader in the leasing of equipment and tools to accelerate the electrification and greening of its fleet.

This loan supports the decarbonisation of a sector key to the development of the circular economy.

It is the first loan in France to be certified as an EIB Green Loan. It is also one of the very first operations implemented in France under the European Union’s new long-term investment financing programme, InvestEU

The Loxam Group (“Loxam”), France’s market leader and the fourth-largest global player in equipment and tool leasing, announces a loan of €130 million from the European Investment Bank (EIB) supported by the European Union’s new InvestEU programme. The loan is designed to support the implementation of its energy transition and corporate social responsibility (CSR) commitments. This is the first loan that Loxam has received from the EIB and one of the EU public bank’s very first operations under the new InvestEU investment programme.

With this EIB Green Loan funding, Loxam will be able to continue and expand its proactive policy of acquiring low-carbon electric equipment to gradually replace its leasing equipment fleet that uses fossil fuels.

Gérard Déprez, CEO of the Loxam Group, commented: “This funding is a tremendous recognition of the quality of work Loxam has undertaken for many years to place CSR at the heart of its development model. With this loan, we will be able to continue and speed up the implementation of our carbon reduction commitments, thereby strengthening our role as leader in moving our entire sector towards a more responsible model. This sign of confidence shown by the EIB and the European Union demonstrates the commitment and professionalism of all Loxam’s teams, for whom CSR is a natural extension of our Group’s history and values.”

Ambroise Fayolle, EIB Vice-President, said:“I am delighted that the EIB can provide finance to Europe’s market leader in equipment leasing. This loan will contribute to the energy transition and to the development of a decarbonised circular economy. Loxam is one of the very first beneficiaries of the European Union’s new InvestEU programme, which provides the EIB with additional resources to speed up financing of the replacement of thermal engine equipment with electric and low-carbon engines.”

Laurence Boone, Secretary of State to the Minister of Europe and Foreign Affairs, responsible for Europe, added:“This financing illustrates the European Union’s contribution to our territories – its action is very concrete, close to our citizens and employment. I would also like to welcome this financing of Loxam by the EIB as it contributes to the ecological transition, through the decarbonization of our economy by helping to green the tools and services of companies.”

Showing awareness of the importance of the carbon footprint generated by its activities and its impact on global warming, Loxam has committed to halve direct emissions from its agencies and vehicles by 2030 and to reduce by 30% its indirect emissions, mainly linked to its leasing equipment fleet. As part of its multiannual green investment plan, Loxam implements a proactive investment policy in support of innovative energy equipment. In 2021, the Group allocated no less than €70 million from an overall investment budget of €400 million to further this goal.

This action plan is not based solely on these investments in the equipment fleet. This target is also in line with actions that have already been implemented for some time (ISO 14001 certification in 2010, consumption management, equipment complying with the latest environmental standards, optimisation of transport logistics, etc.). It is also accompanied by other initiatives such as the use of renewable energy, adaptation of the electrical infrastructure of its agencies and associated digitalisation for equipment monitoring, remote diagnosis and predictive maintenance, and the replacement of in-house vehicles by sustainable alternatives. The Loxam Group supports the European Green Deal initiated by the European Commission, which aims for Europe to become the first continent to achieve carbon neutrality by 2050.

About the European Investment Bank

The European Investment Bank (EIB) is the long-term lending institution of the European Union owned by its 27 Member States. It backs sound investment in order to contribute towards EU policy goals. Since 2019, the EIB been accelerating its transformation into the EU climate bank with a commitment to devote at least 50% of its financing as from 2025 to investments that help combat and mitigate the impact of climate change. In 2021, it had already achieved this target in France, directing two-thirds of its €9.2 billion of investment to projects in renewable energy, energy efficiency of buildings and sustainable transport development.

The InvestEU programme provides the European Union with crucial long-term financing by mobilising significant public and private funds to support a sustainable recovery. It helps generate additional investments in line with key European priorities, such as the European Green Deal, the digital transition and support for SMEs. The InvestEU programme brings together all EU financial tools to support investment by making project financing simpler, more efficient and more flexible. The programme, which builds on the success of the previous Investment Plan for Europe, also known as the “Juncker Plan” (more than €500 billion invested over the period 2015-2021), has three components: the InvestEU Fund, the InvestEU Advisory Hub and the InvestEU Portal. The InvestEU Fund is implemented via various financial partners, particularly the EIB. They will invest in projects by using the EU budget guarantee of €26.2 billion to mobilise at least €372 billion in additional investments.

Ranked first in Europe and fourth worldwide, Loxam is the market leader in the leasing of equipment and tools for public works, construction, industry, green spaces and services. With a turnover of €2.2 billion in 2021, some 1 060 branches and 11 370 employees, the Loxam Group is present in 30 countries and has the widest range of appliances on the market, with more than 650 000 pieces of equipment to anticipate, support and meet the growing demand of companies that need to outsource the supply, management and maintenance of their fleet. For additional information, please visit: www.loxam.com 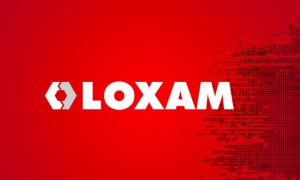 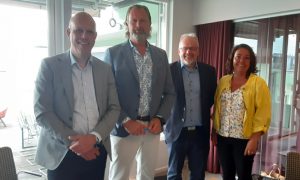 LOXAM acquires MaskinSlussen and strengthens its leadership in Sweden 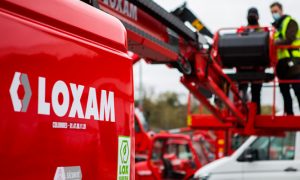